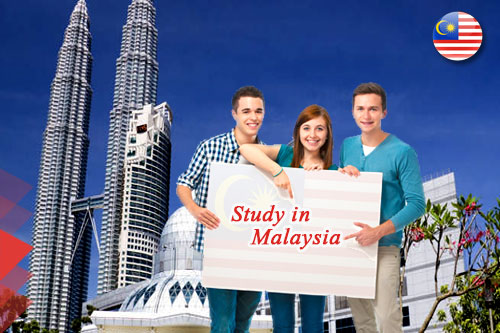 Though not at par with other Asian countries such as Hong Kong and Singapore, Malaysian universities are improving rapidly, and aren’t far behind universities that impart world-class education. Some of the universities offer courses in computer science and engineering that rank among the world’s top 100 courses, all thanks to Malaysia’s education system and its focus on international standards. The education standards are closely monitored by the Ministry of Higher Education, which has the vision to turn Malaysia into a Center of Excellence for Higher Education.

A major part of Malaysia’s state investment in higher education is its growing partnerships with universities in other countries. Many foreign universities, especially Australian and British, have branch campuses in Malaysia. For example, Monash University (Australia) and the University of Nottingham (UK), both among the top 100 universities in the world, have branch campuses in Malaysia. Malaysia’s KBU International College has tied up with UK’s Anglia Ruskin, Nottingham Trent and Sheffield Hallam universities.

The cost of studying and living in Malaysia is comparatively lower than countries such as Australia, the US, the UK, France, Canada, etc. While an undergraduate course at the UK Campus of the University of Nottingham would cost £13,470, the same course at the Malaysia campus would cost MYR 39,990 (approximately £7,000). The course has the same module content, has the same evaluation criteria and the same marking scheme. Hence, the degree has the same weightage as the one from the UK campus, but at a significantly lower cost. Besides, the cost of living in Malaysia is considerably lower as well, which eases your financial burden.

Safety is Not A Concern

Malaysia is one of the safest and politically stable countries in the world with a relatively low crime rate. The weather in Malaysia is sunny and rainy all year without extreme cold or hot weather conditions making the weather easy to adapt to. In 2011 survey ranked Malaysia the 19th most peaceful country out of 153 countries.

On the whole, Malaysians are friendly, welcoming and love to socialise. The country is a contrasting blend of people from around the world with a vast number of ideologies. This makes Malaysia more congenial for international students.

Malay and English are the most spoken languages in the country. Other languages and dialects that thrive in the country are Bengali, Mandarin, Cantonese, Hindi, Telugu, Malayalam and Tamil among others. A majority of the universities in Malaysia conduct their lectures in English. Hence, it is easier for international students to understand the lectures better. Furthermore, there are many language centres and higher education institutions that offer basic English courses for those who are not proficient in English.

In 2010, Malaysia was ranked the 9th most visited country in the world. Well, that was for a reason. Travelling in the friendly, beautiful and culturally rich country is far affordable than imagined. One gets extremely good value for money here. The stunning variety of attractions and free-time activities in the thrilling metropolitan area of Kuala Lumpur and the natural wonders such as Langkawi, Taman Negara, and Cameron Highlands ensure you will never run out of things to see and do.

With the many cultures thriving together in Malaysia, this country is every foodie’s heaven with a great variety of cuisines. Both Halal and non-Halal dishes are widely available in Malaysia. Dig into traditional Malay food or Chinese, Indian fast food at Penang, which is considered the street food capital of Malaysia.

Please send your documents to us through email (info@globalvisionbd.com) to check the eligibility to study in Malaysia. One of our team members will contact you for detail information.

Confirming the eligibility come to our office and meet a counselor to get details about your application process, scholarship options, steps of application, budget and others.

PAY EMGS AND OTHER FEES:

To apply to Malaysia requires EMGS and other necessary payments. Please pay the necessary fees to process your application.

Every Embassy / High Commission / VFS / Consulate has individual documents list to submit for visa. In this stage, prepare your documentation to submit for visa with proper guideline from our expert visa processing team as it meets the requirement for Malaysia.

After your preparation submit your documentations to the concern Embassy / High Commission / VFS / Consulate to issue the necessary visa prior to your travel. Please don’t forget to be well dressed and prepared to answer basic / necessary questions related to your application.

It is important to know the Temperature, Food, Culture, Transportation and other necessary knowledge about Malaysia. Take some necessary medicine as well which can be helpful in the new environment. To get detail information attend Pre-Departure Briefing in our office.

Take important documents with you, answer questions of the Immigration Officer gently and carefully, take necessary money with you and fly for Malaysia.